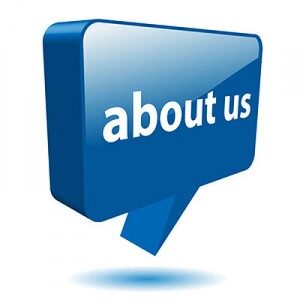 The struggle for Indian freedom had been ignited fiercely. In the struggle, the Ahmednagar district was glowing fiercely as well. Countless pupils quitted their education in order to plunge enthusiastically into the freedom movement.

Bapusaheb Bhapkar, Bhai Sathha laid the movement in the district. Com. Jagannath Kanhoji Kakade born at Mangarul Khurd Tal – Shevgaon arrived at Ahmednagar was greatly impressed by the situation. The company of these leaders laid a moral and social foundation in the heart of Com. J.K. Kakade.

As a part of the freedom movement Shri. Bhai Sathha founded a boarding school in Ahmednagar. The Boarding school becomes the center of the freedom movement. The school provided vocational training and lessons of freedom struggle. But the British rulers noticed it and prohibited the school and they sealed it too. They stopped the grant. The school was about to close but Com. J.K.Kakade alias Abasaheb Kakade and his followers determine to run the school at any cost.

Com. Abasaheb Kakade a lawyer by profession was not only a fan of Shri Bhai Sattha but also was the main co-worker in his social and political fields. Com. Abasaheb Kakade was impressed by the great response to the boarding school at Ahmednagar. He made his mind to continue the same social and educational work in Shevgaon and Pathardi Talukas. Villages from mofussil areas urged Com. Abasaheb Kakade should initiate some boarding and learning facilities for their deprived children. He felt deep concern for literate and downtrodden communities and founded the NGOs. THE FRIENDS OF DEPRESSED LEAGUE, SHEVGAON (1933) NAVAMAHARASHTRA SHIKSHAN MANDAL, SHEVGAON, and RASHTRIYA SHIKSHAN MANDAL with the help of the social and educational guide SHRI. BHAI SATTHA.

He decided to open the doors of literacy to the poor and the downtrodden people. He started boarding house at Shevgaon , Pathardi and Karjat. Then he started the schools for children of poor laborers, farmworkers, cane workers and neglected by society. They were given learning opportunities through these boarding houses and schools. He got inspiration and support from his legendary wife Nirmalatai Kakade and at present Abasaheb Kakade Group of Institutes is a well-known educational group and reputed for its quality education in the district. This group has been working and progressing in the field of education under the guidance of president Shri. Vidyadharji Kakade and Mrs. Harshadatai Kakade former President Women and Child Development Welfare committee Z.P. Ahmednagar.