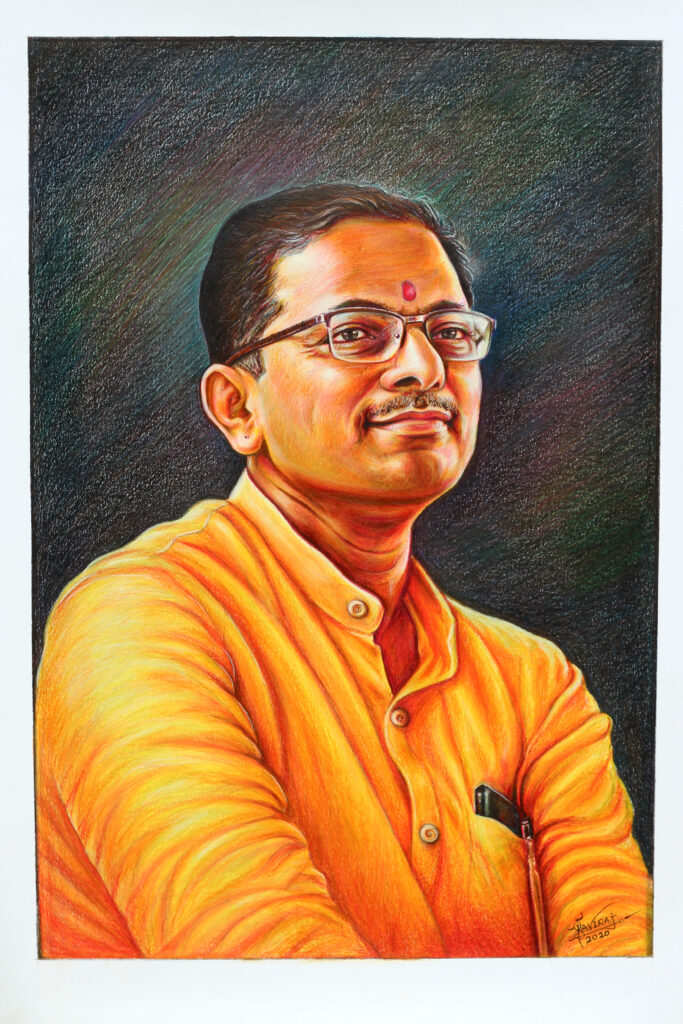 Designation
The Chairman – The Friends Of The Depressed League, Shevgaon.

Shri. Vidyadhar Kakade has been engaged in the educational field from last 30 years, since then the institution has been flourished a lot. He has set up an institution that Might be a model Educational Institutions in the district or even in the state. He carries golden past with modern well-established ideas as he is such visionary who has the foresight to see the future; that is why he has initiated such branches of knowledge which would prove I useful to rural and drought-affected student of the area. He has just started are recognised CBSC School, a Primary School ,a Secondary School, Two Primary and Secondary Residency School, a Senior College , D-Pharmacy College, Two D.T.Ed Colleges(Marathi & English), one B.Ed College, one B.C.A College, one ATD College, Five Hi-Tech Computer centers do well today. Excellent administration and planning help many students to perform well in the educational Board Exam, in the field of sports. Social service, competition exam, etc. The plan has watched which would make the institution the excellent institution in the state; Shevgaon must become an IT hub in the early future is the dream of Adv. Vidyadhar Kakade.

Shri Vidhyadhar Kakade has been always struggling to bring peasants, farmworkers, poor, down, trodden, and poverty-stricken people to bring them into mainstream society and make their living honorable worthy; so he leads institution against the Government to have justice to these people. He has led a movement for Tajanapur lift irrigation second part and sought a grant for it which is beneficial to the area. He always fought for water, electricity, flood affected, rode’s, dams, ration granary, fodder, milk producers problem and people by bringing parties together to have morches, movement, satyagrahas, and other democratic, means to reprimand established leaders and Government. All these activities made him a catalyst for improvement and a great supporter of peasants.